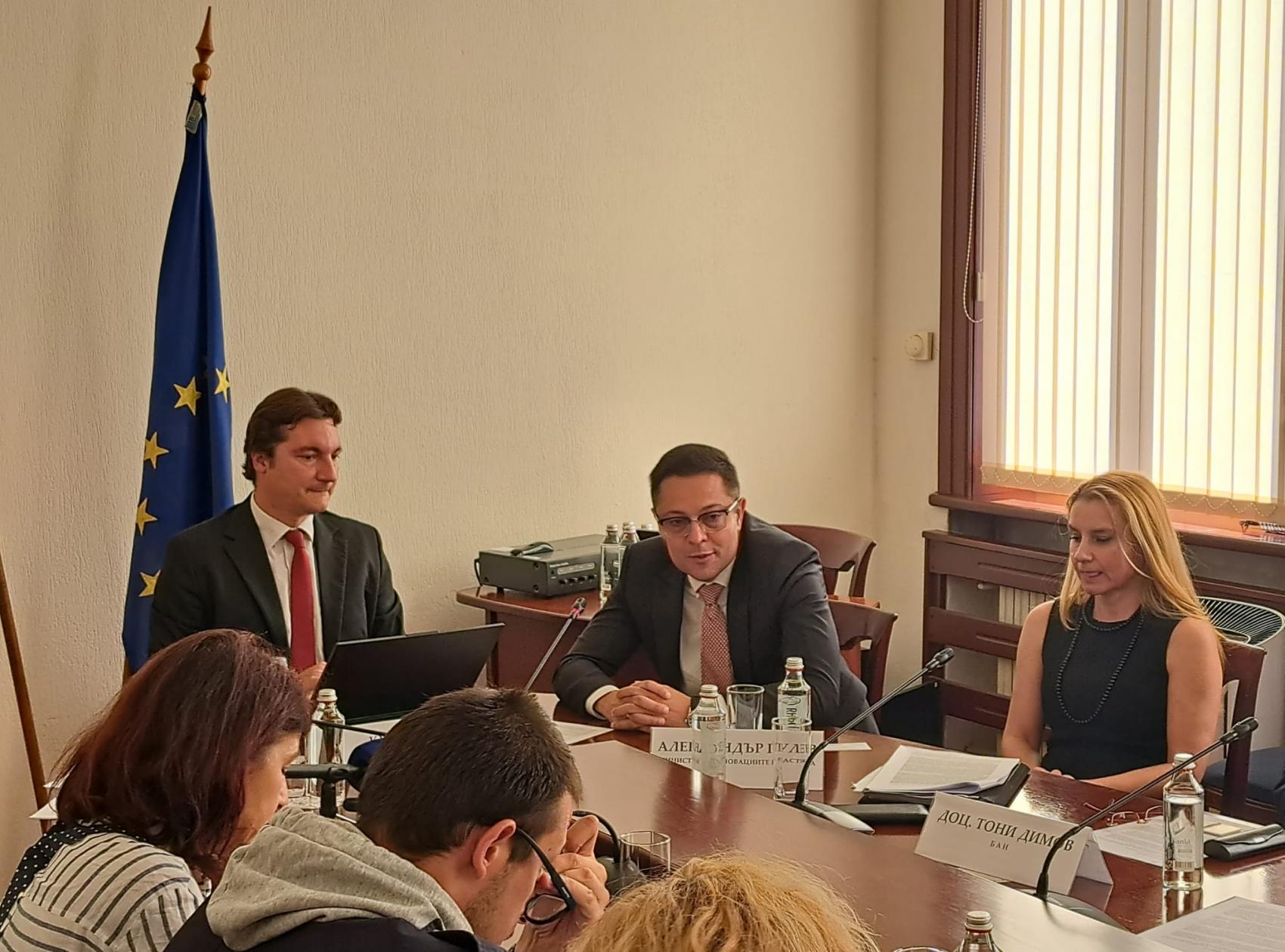 “The Personal Bankruptcy Act is key to the second payment under the National Recovery and Resilience Plan. If it is not accepted, there will be no payment. " This was one of the three points that the Minister of Innovation and Growth Alexander Pulev made regarding the need to adopt a Law on Insolvency of Natural Persons during the presentation of the draft law at the Ministry of Justice today. The second emphasis was on the lack of legislation on the over-indebtedness of citizens. " Bulgaria is the only EU member state that does not have such legislation. We want to be treated as Europeans, but at the same time we don`t have this important legislation to support the citizens, " the minister said categorically. Last but not least, he noted that the draft law will support the ordinary Bulgarian citizen who is a conscientious payer. " Personal bankruptcy law is a framework for a second chance for the common man who, for one reason or another, has entered into a spiral of debt and cannot lead a normal life. He is excluded from the system, excluded from the labor market, in some cases even excluded from health care. This is a second chance for families who have taken the risk of securing a home with a mortgage for themselves and their children, people who have invested in their children`s education but for one reason or another cannot service their obligations, " said Pulev. He emphasized that it is extremely important to find a balance for all interested parties in the process and appeals to all future representatives of the people to create conditions for a functioning parliament in order to discuss and adopt the draft law. " Deputies must show the necessary sensitivity to people, " he categorically stated. The Personal Bankruptcy Law provides for proceedings to discharge the debts of bankrupt natural persons and to be completed within three years. It will protect bona fide debtors who are unable to repay their debts due to the occurrence of adverse events such as temporary or permanent disability, illness, family separation, loss of job or property, etc. Proceedings will be voluntary and initiated at the debtor`s request, intended only for bona fide debtors as defined by law. However, if the court finds that the debtor is insolvent and has no assets, no proceedings will be initiated. A 10-year period is foreseen in which to propose a plan of execution and payment to creditors, as well as to request the initiation of proceedings if it acquires sequestrable property. In case of indebtedness of more than 10 minimum wages and inability to repay within six months, the right to initiate bankruptcy proceedings is provided. The adoption of the Law on the Insolvency of Individuals (Law on Personal Bankruptcy) is set for Bulgaria in implementation of Reform 11: Growth Bulgaria under the National Plan for Recovery and Sustainability, the main objectives of which are to facilitate economic and social recovery from crises and to create -sustainable and fair economy.