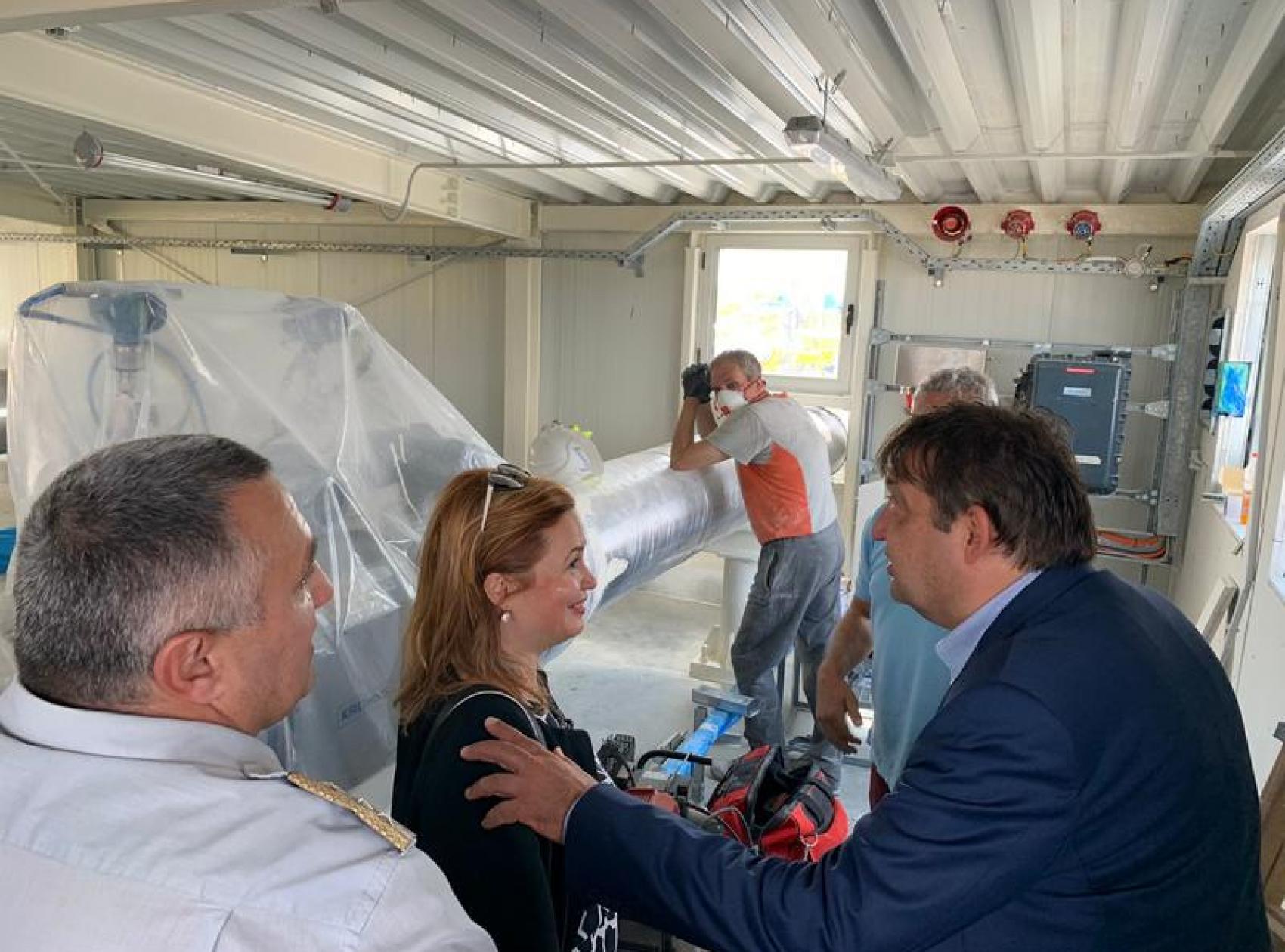 There is progress on the construction of the Greece-Bulgaria interconnector, it can be launched before October 1

There is progress in the construction of the Greece-Bulgaria interconnector. This was stated by the Minister of Regional Development and Public Works, Ivan Shishkov, at the beginning of the inspection of the progress of construction activities at the Stara Zagora gas measuring station. Later, before journalists, the minister expressed hope that the documents he needs to approve will be submitted by Tuesday, after which act 15 will be signed. After that, the state reception commission will pass. It is expected that the interconnector will be launched before October 1, but while maintaining the pace of work. The minister commented that every day he receives photos and every day monitors what documents are given, maintains and continuous contact with the builders, designers and supervisors, so that the site can be completed as quickly as possible. Not all the documents requested by the Ministry of Internal Affairs and Communications in order to buy time for the commissioning of the interconnector have been received yet, the press center of the regional ministry informed. He drew attention to the fact that his building permit is from 2017, but the acceleration of work on it is at the last minute. " We must maintain the pace we started a month ago in order to be able to provide gas on time, " architect Shishkov was emphatic. He expects assistance from regional governors to gather positive opinions from all mayors of municipalities through which the site passes. The goal is that if a problem could arise somewhere, it should be solved in advance. " The builder commented that they will be ready by September 10-15. I hope that from what I will see today, I will be calm that it will happen like this, " the regional minister was quoted as saying by the press service.