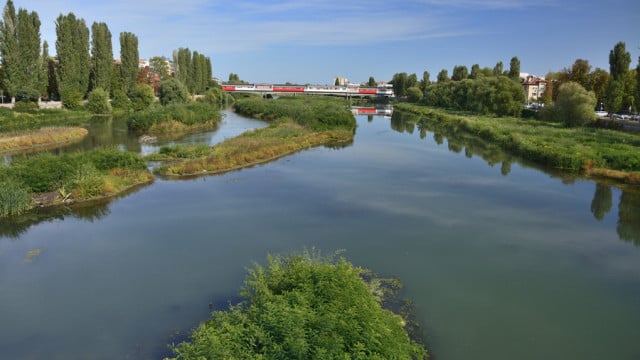 The Minister of Ecology Borislav Sandov and his deputy Toma Belev, who had been working in the authority for months in a sharp conflict of interest, as he had not resigned from his position as chair of the Bulgarian Park Association, receive 5-digit salaries, employees at the Ministry informed PIK. According to information each month Sandov signs for BGN 10 000, while Belev receives BGN 8000. As of 1 March, the wages of the prime minister, the president, the ministers, the chairs of state commissions, etc., went up due to the significant increase of the average salary on a three-month basis in the public sector. For example, Kiril Petkov’s salary became BGN 8704, Rumen Radev receives BGN 11 232, ministers get around BGN 8000, but they also receive the so-called additional financial stimuli (AFS). The amounts are quite disturbing on the background of the average salary in the country which was BGN 1872 in December. And so, after the increase, Sandov and Belev together receive approximately 20 thousand per month from the government.

These are just the payroll benefits of the two “ecologists ” who have appropriated hundreds of thousands from European funds for low-efficiency projects. To this, one must add the official cars they are using and, most likely, the cheap holidays at the resorts of the Counsil of Ministers at the seaside and in the mountains, as well as other benefits such as free phones, trips abroad, representative lunches and dinners, etc.

Before he became minister, the former co-chair of the Green Party Borislav Sandov claimed that he would travel ecologically. During the elections campaign he even had his photo taken with several green activists in the subway and promised to use public transportation. After he became minister, however, he developed an obvious liking to powerful official cars, as PIK agency showed first. His car is an Audi A8 Long 4.2 and the eco minister proudly uses it for short-distance trips.

Sandov’s high salary at the ministerial position does not correspond to his professional experience. Although he is 40 years old, he has not had a day of employment before his appointment at the highest position in the ecological authority. He has been working only as a member of NGOs and co-chair of the Green Party which, after changing its name, entered the coalition of Democratic Bulgaria. And based on this, Sandov first became a national representative and then, a minister.

On the same grounds the infamous ecologist Toma Belev became his deputy minister. At the moment the duo is testing the public patience with their attempts to close the Thermal Power Stations in the Martisa basin and all thermal stations and mines in the country because of their carbon footprint.

On 16 May the actions of Sandov led to strong protests of workers from TPS Maritsa 3 – Dimitrovgrad in the center of Sofia due to the outage of the power plant ordered by Haskovo Inspectorate of Environment.

More than 50 000 power engineers and miners are about to lose their jobs. Their families will be left without any income under the leadership of Sandov and Belev, who receive 5-digit wages and claim that ecology is being restructured. In fact, they are preparing the ground for the batteries which will be financed with European funds from the Recovery and Resilience Plan and charged using the renewable energy sources of their master and patron Ivo Prokopiev.

Whether the greedy “ecologists ” will manage to implement their insidious plans depends only on the amount of time for which the government of the two Harvard swindlers Kiril Petkov and Asen Vasilev will manage to remain in power.