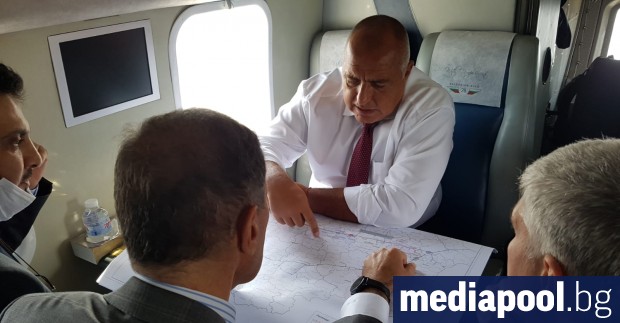 PM Boyko Borissov announced that the construction of Russian gas pipeline, which runs through Bulgaria, is at its “final stage”. The gas pipeline, known both as TurkStream and Balkan Stream (a name insisted upon by PM Boyko Borissov), will connect Turkey and Serbia through Bulgaria and is meant to deliver Russian gas to Southeastern and Central Europe.

The pipeline through Bulgaria is 474 kilometers long, and all the pipes along the route have been welded, the inspection found. The structure is undergoing testing phase, which is done about halfway through, before being greenlighted for operation.

This first phase of the project was scheduled to be completed back in May 2020 but the COVID-19 pandemic caused the deadline to be moved to end-of-year 2020.

PM Boyko Borissov used the opportunity to attack President Roumen Radev verbally, calling on him “to come on over and see what the failed state is doing.” The two regularly feud via the media; Radev is openly critical against this government.