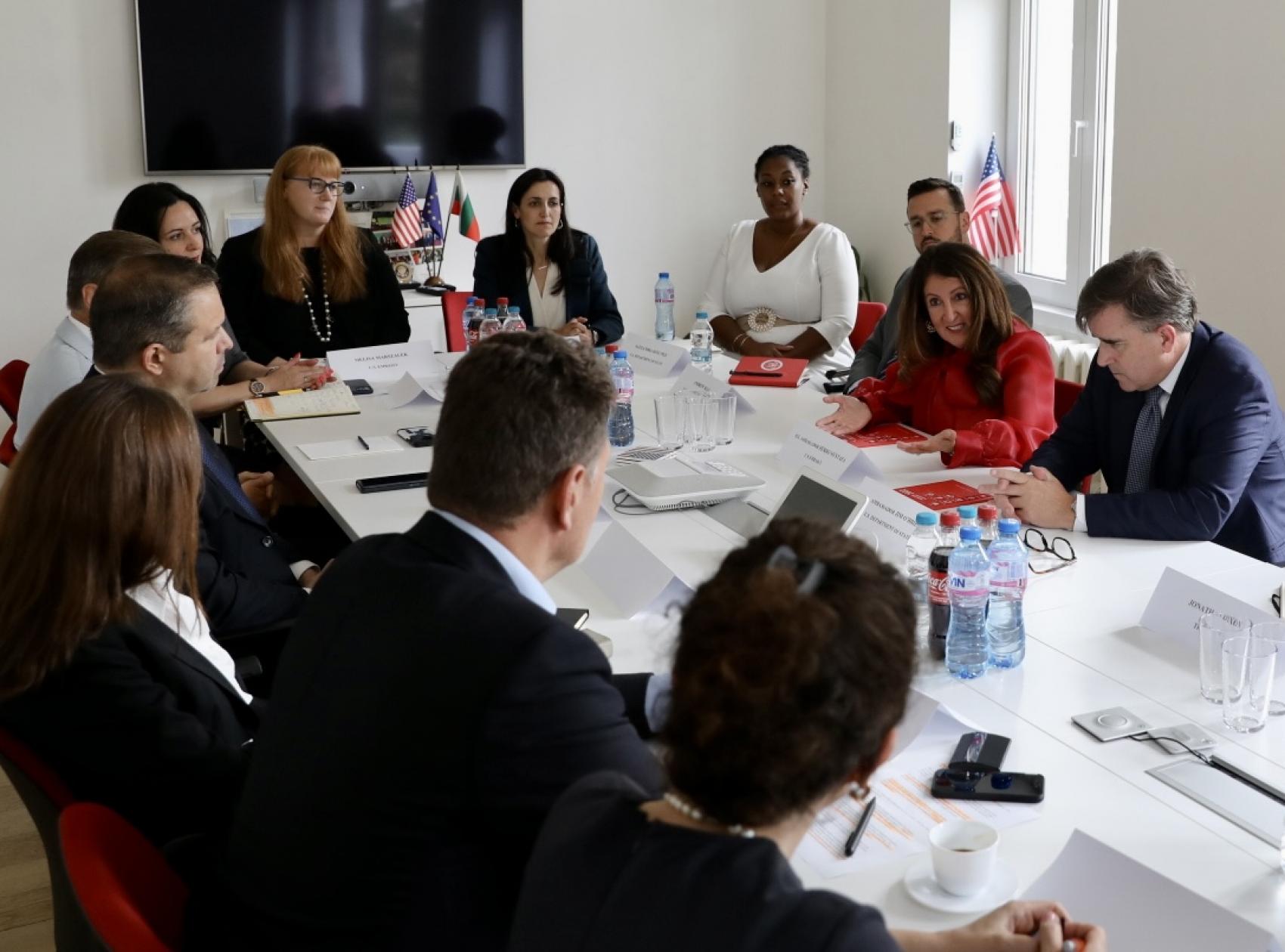 Improving the business environment and investment climate were discussed at a meeting of the American Chamber of Commerce and Ambassador Jim O`Brien, the chamber announced. The American Chamber of Commerce in Bulgaria (ACC) is hosting a meeting with Ambassador Jim O`Brien, Head of the US State Department`s Sanctions Coordination Office, during his two-day visit to Bulgaria. It was attended by members of the governing bodies of three of the bilateral chambers in Bulgaria - the American Chamber of Commerce, the German-Bulgarian Chamber of Industry and Commerce and the Bulgarian-Swiss Chamber of Commerce. The meeting was also honored by the Ambassador of the USA in our country H.E. Hero Mustafa. ATK was represented by Omurtag Petkov, member of the Board of Directors and Chairman of the Committee " Rule of Law and Legislative Reforms " and Stefania Semova, Manager " Committees ". The German Chamber was represented by Tim Kurth, Chairman and Dr. Maya Naydenova, Chairman of the Legal Committee. The Swiss Chamber was represented by its chairman, Bonnie Bonev, the announcement said. Together they discussed strategic topics such as improving the business environment and investment climate in Bulgaria, as well as the importance of the rule of law and transparency for every business in the world. " The opportunity to discuss with Ambassador O`Brien together with the American Chamber of Commerce and with our partners from the other two bilateral chambers topics of great importance for the development of American-Bulgarian business relations adds value to the wide-ranging transatlantic conversation. It is a great honor for our organization to be a part of it. This meeting is another proof of the solid partnership between the US Embassy in our country and our Chamber. For us, it is another way to contribute to the stronger business and economic relations between the two countries and is a way to share strategic views and insights. ” - commented Omurtag Petkov after the meeting.