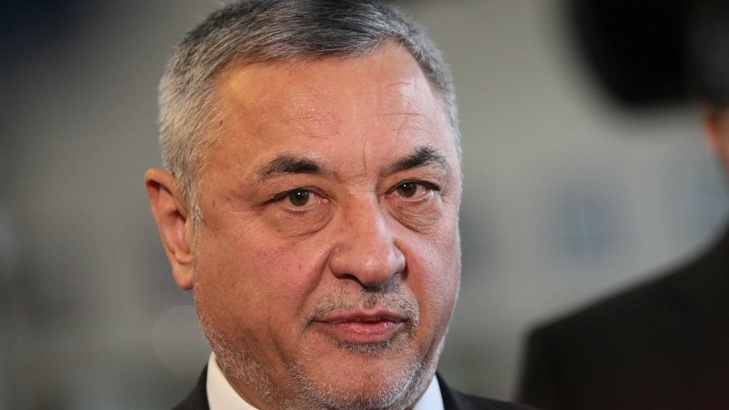 Valeri Simeonov, The Deputy Prime Minister of Bulgaria: The "Capital" circle instigates a defamatory campaign against Bulgaria The Deputy Prime Minister described Ivo Prokopiev’s media as "defamatory".
"The United Patriot Coalition is still here. It was created within the 44th National Assembly. There are some strange processes to form a new coalition, but society does not accept it unambiguously." This is what Deputy Prime Minister Valeri Simeonov said in the "More From the Day" show on BNT, referring to the joint plans of "Attack" leader Volen Siderov and the group of MEP Nikolay Barekov. "I believe in dialogue. I'm not exactly a standard politician. But there is no chance of me and Barekov entering into a coalition. He and "Attack" may sign whatever they like. I do not see anything wrong with that," Simeonov said.
The Deputy Prime Minister also commented on the separation of the Ukrainian Orthodox Church from the Moscow Patriarchate: "We support such a decision of the Ukrainian Orthodox Church. The Russian Orthodox Church is, among other things, a personal political instrument of Putin. It has a destructive impact on Ukraine's policy. President Poroshenko said that services in the Ukrainian church used to begin by mentioning the names of Patriarch Kiril and Vladimir Putin. Ukraine is at war with Russia and such practices bring an internal schism. Why should the canon be strictly observed, when the church is used as a political instrument?" Valery Simeonov commented.
"Such a motion cannot pass," Deputy Prime Minister Simeonov said on the topic of the BSP no confidence motion against the government on the grounds of healthcare problems. "We do not share the claims of the opposition in this regard. One cannot expect all radical changes in healthcare to happen in eighteen months. The NFSB platform includes demonopolization of the National Health Insurance Fund. We have our program and we follow it. But such a motion is unsubstantiated and unmotivated. The opposition relies on daily squabbles and attacks against the government, and this is not constructive."
Simeonov also commented on the country's reaction to the brutal murder of TV presenter Victoria Marinova: "Borisov's position was clear: we cannot leave Western leaders to come out with judgements of Bulgaria." In his words, the negative judgements were due to a defamatory campaign by certain media groups, naming in particular the "Capital" circle and Ivo Prokopiev. Asked if he did not fear a backlash for his words, Simeonov said this was exactly why he was in politics: to take blows and speak the truth. /BGNES